In this video I’m going to explain the differences between our organic scaling and our rapid scaling plans.

At Traders with Edge we fund profitable traders, and we reward profitable traders who consistently use proper risk management over the long term. We do that by consistently adding to their funded accounts. Once a trader goes through and passes, one of our challenges, they have the option to choose either organic scaling or rapid scaling. I’ll explain in this video what both of those mean. I’ll also explain who each type of scaling plan might suit better. I’ll walk through some examples of how both plans are different. And at the end, I’ll show you how to calculate your own earnings using our calculator.

First, how you get to this page is go to our website, traderswithedge.com. Under the Challenges page you’ll see Scaling Plans. Click on that page and that will bring you here. Up the top you’ll see an overview of the organic and the rapid scaling plans. Now the organic scaling plans, most prop firms offer a scaling plan similar to this. The crux of it is, if you make over 10% percent net gain in a four-month period, and two of those months out of the four are profitable, then you may request account scaling. If there’s no violations on the account and your account is in profit by more than 10%, we’ll top up your account with an extra 25% of the starting balance. So if you’re on a $100,000 account at the start, then after four months you’re in 10% profit, we’ll add an extra $25,000 to your funded account.

The things to consider with the organic scaling plan, you can withdraw every two weeks when you’re in profit above the high water mark, though you’ll be withdrawing considerably less than if you’re on a rapid scaling plan. The people that the organic scaling plan would most suit are for those people who would like to make a withdrawal every two weeks and have some sort of consistent income coming in, even if it is a much lower amount. Keep in mind though that you still need to meet the 10% target every four months for us to scale your account.

With the rapid scaling it suits people who don’t need an income straight away, who can afford to save their payouts in their account and wait for a period of time before they start making withdrawal. There’s no fees associated with scaling either plan. And as long as you are using consistent risk management, we’ll consistently add to your account. Let’s scroll down and look at some examples.

As you can see, this example is someone who’s returning 2.5% per month for 12 months, so they meet the minimum requirement for the organic scaling plan, 12 months after qualifying for a funded account. The organic account size scales to $312,500, while the rapid account has scaled to $635,789. Exactly the same trades. Exactly the same return. Exactly the same draw downs. Everything’s the same, but that’s the difference in the size of account if you are making 2.5% every month. Now I know it’s not going to be exactly 2.5 every month, but this is how we have to do it to calculate it.

After the 12-month mark, if 100% of the monthly profits are withdrawn, the organic trader would be receiving $6,250 per month, while the rapid trader would be receiving $12,716 per month. Assuming there’s no other funding, this is in or the 12-month mark so it doesn’t include any other funding increases. Now $6,466 per month extra doesn’t really sound like a whole bunch after 12 months. But consider a rapid scaling plan has also accumulated $63,578.90 in their account that they’re also able to withdraw at any point in time. Now if they withdrew that amount, their account size would be scaled right back down to the initial amount.

Down here we have what it looks like on a chart. You can see in the black we’ve got the organic and the rapid. Now this is the account size, it’s not the profit that a trader takes. It’s the account size. Below in the part two of example one, you can see the graph of the actual earnings. Now that doesn’t look like a whole lot more visually, but that’s 25% extra profit that the trader on the rapid plan receives and the organic after 12 months. Now this is only a 12-month period. If we extended the graph out, it would be a significantly different result. If you want us to create longer examples, then comment below with the timeline that you would like us to create and we’ll see what we can do.

If we scroll down you’ll see there’s another example there. The only difference with this example is that, instead of making 2.5% per month, you’re making 5% per month for 12 months. Same starting balance of $200,000. Keep in mind, the organic account size scales to the same, $312,500, because it doesn’t matter what return you make over the 10% for four months. It’s still going to end up being the same account size. If you think you can do more than 2.5% per month, then the rapid scaling plan becomes a more attractive option. Because if you can do 5% consistently per month over the year, then it ends up being a $3 million account at the end of 12 months.

From this point, if the person on the rapid account withdrew 100% of the monthly profits, they would end up with $120,000 per month in profit share. Or the organic trader would receive $12,500 per month because while their account size hasn’t grown, their returns are twice as big. In addition to the $120,000 per month, which is a $107,500 more than the person doing the same trades on the organic plan, the person on the rapid plan has an additional $420,000 accumulated in their account that they can withdraw at any time.

What that looks like from a graph perspective is like this. You can see the organic plan is a $200,000 account balance. Once they’ve hit the 10% target over four months, the fifth month they get $25,000 added and so on. Note, the rapid plan is capped at $3 million because that’s the maximum account size we allow per trader. Until they’ve been trading with us for at least two years, and then we can get them funded with additional capital. Once again, below we have the example of what the traders payouts look like, not just what the account size looks like. Remember these are accumulative payouts and the rapid account isn’t making monthly withdrawals until the 12-month mark. So they wouldn’t start making withdrawals until this point here, whereas the trader on the organic plan is making monthly withdrawals that are much smaller.

Now down below we have a calculator you can use to estimate what the difference would be for you. You can make up your own mind as to which scaling plan might suit your circumstances better. Let’s say we start with an initial balance of $100,000, monthly return of let’s say it’s 4%. The account threshold, the account threshold means at what point are you going to start taking profits out. If you start with a $100,000 account, and let’s say at $300,000 you want to start taking out your profits, and you’re going to withdraw 50% of your profits once you’ve reached the $300,000 account, then this is what the numbers would look like.

What you put in here is totally up to you. The calculator’s there as a tool for you to use it, doesn’t guarantee that you’re going to make any amount. It’s like, if you go and buy a lawn and you never use it, you never take it out of the garage, then your lawns are not going to get mowed. This is simply a tool that you can use to make estimates for you to make a more informed decision.

The organic monthly withdrawal is the amount that the trader on the organic plan would be withdrawing after 12 months. The rapid monthly withdrawal, remember they’re only withdrawing 50% of their profits. They’re leaving some in there to compound and for us to add extra funds to. With the rapid plan, if the trader withdraws funds, we’ll withdraw our profit share as well. The organic total account size is the account size that it would reach after 12 months. So with the organic, you can see that the account size has gone from $100,000 to $156,250. While the rapid has gone to $433,671.30. The organic available to withdraw, there is nothing for them to withdraw because they have been withdrawing their profits every month.

The rapid available to withdraw means the amount that’s accrued in the account that can be withdrawn. And if that was to be withdrawn, the account will go back to a $100,000 account, because as we would’ve withdrawn our profit share as well. The organic withdrawn funds and the rapid withdrawn funds are both the amount to-date that the trader has withdrawn of their profit share. The organic has withdrawn $58,750 as you can see, while the rapid is withdrawn, $87,195. This is after 12 months. So remember, the rapid also has this balance to be able to withdraw as well. Down here the final number shows you the difference between going on the organic or the rapid. And then if you scroll down, you can select a plan if you choose to take a challenge with us.

Thanks for watching. If you’ve got any questions, post in the comments below.

Hi, everyone. My name’s Daniel. I am the data scientist at Traders with Edge. I look after managing the challenges and all the traders, and… 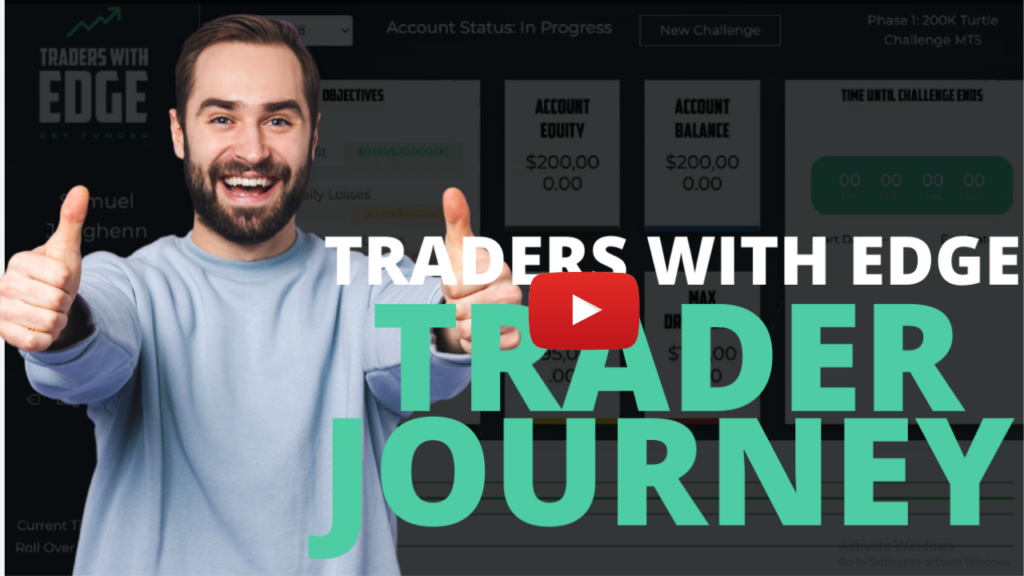 Here’s a walk through of your journey as a trader with us. Hello in this video, we’re going to walk through your traders journey with… 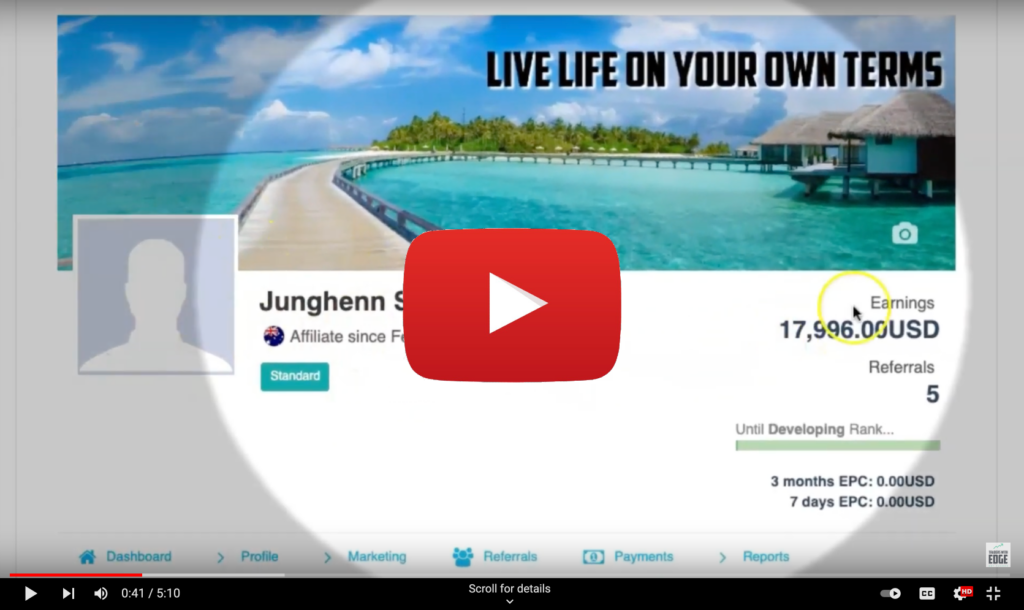 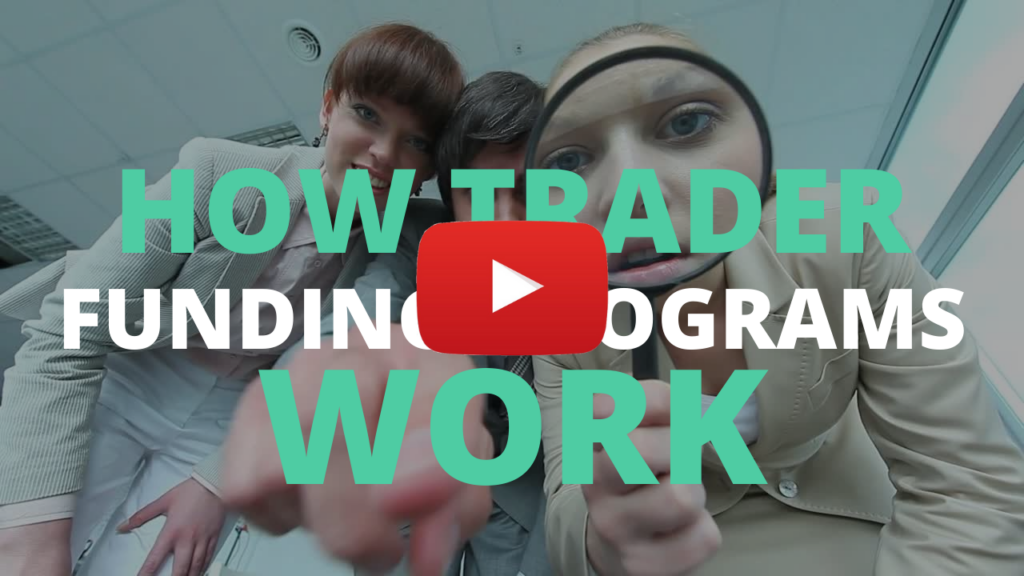 Today we’re proud to announce Instant Funding at our Prop Firm Traders with Edge. What I’m going to do in this video is run through… 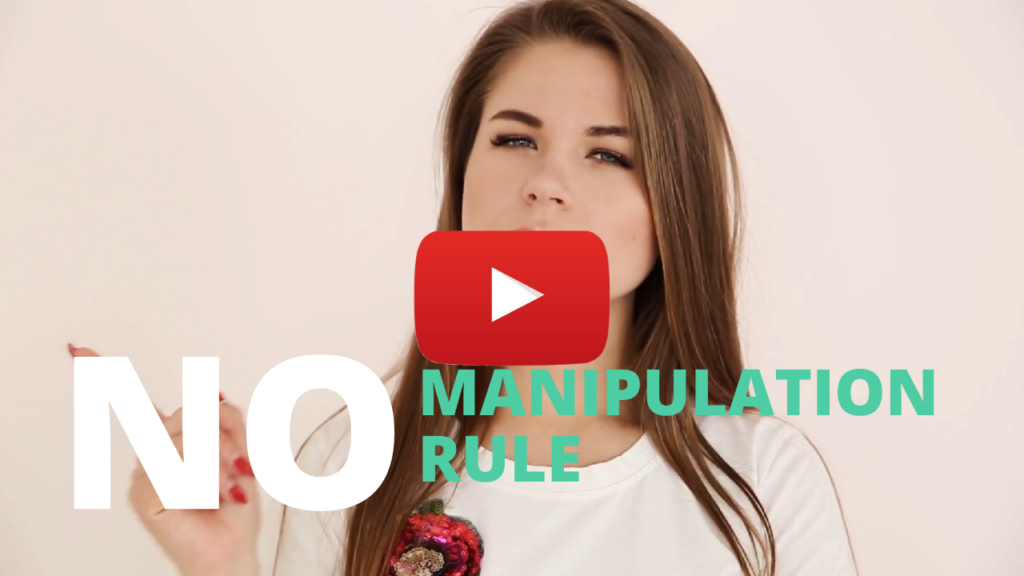 No Manipulation Rule Welcome back, traders. In this video, we’re going to go over the no manipulation rule. We’re in the business of finding and…

Hi, it’s Samuel from Traders With Edge, and today I want to run through our point system in the Traders with Edge social media platform.… 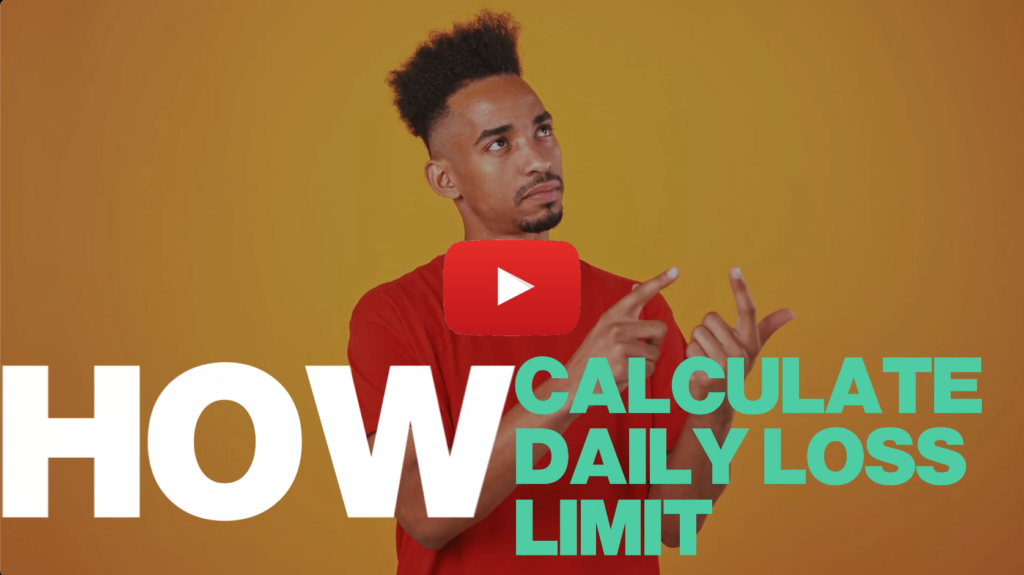 Containing fear and greed are key to making money Many skills are required for trading successfully in the financial markets. They include the abilities to… 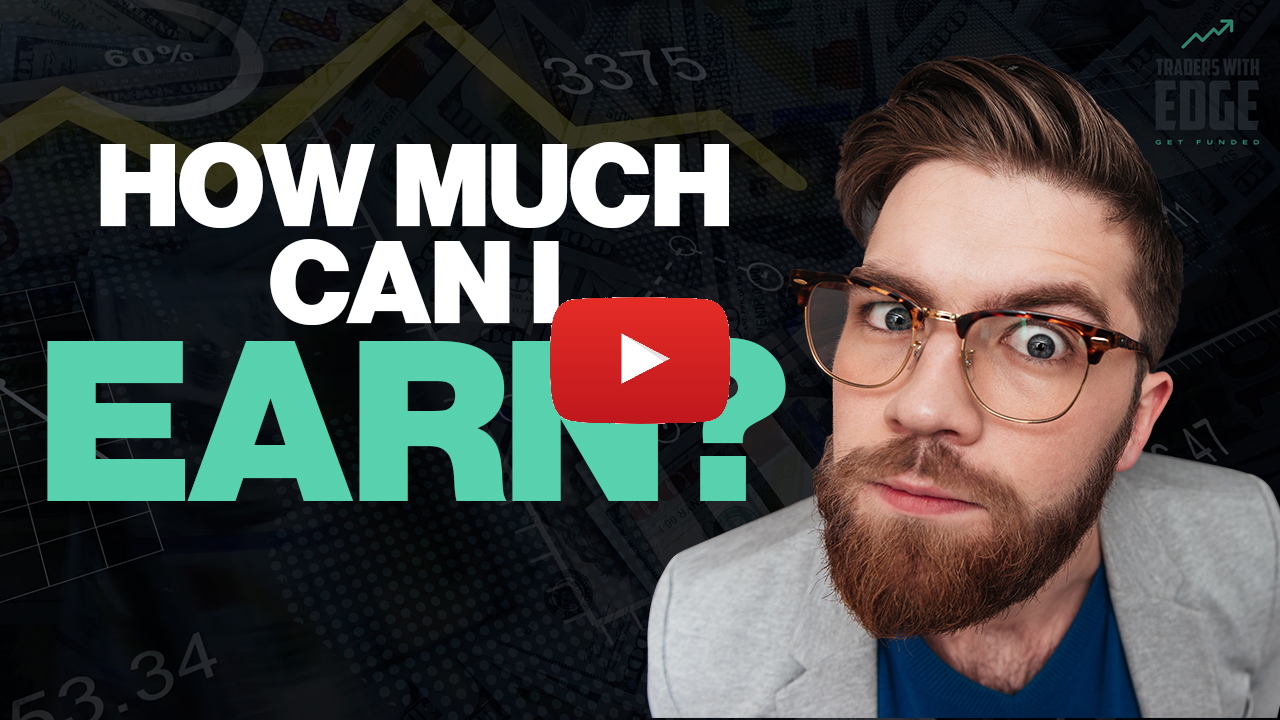 Hello, traders. So we’ve received a number of questions of people asking us, how much can I earn by trading with Traders With Edge? This…