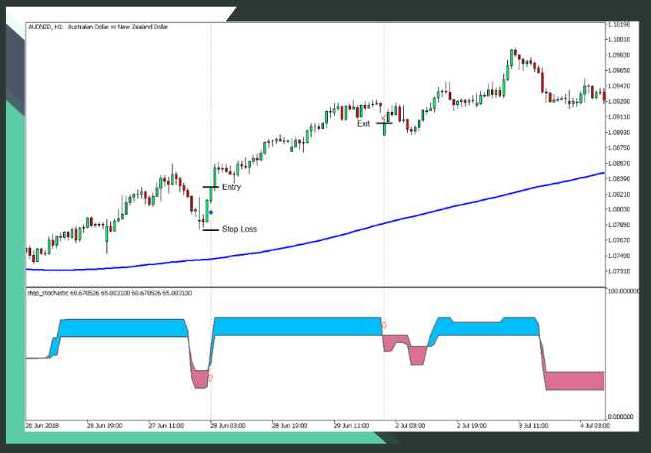 Many trading strategies trade trends and momentum reversals. An example of this is when traders trade in the direction of the reversal, regardless of what the long-term trend direction is.

This trading strategy tries to make fewer low-probability, low-yield trades. It uses trade signals based on the trend from the mid-term and long-term. It also uses an indicator that is not as well known by other traders but is very effective in identifying trend and momentum reversals.

This version of the Step Stochastic uses a set of price bars to minimise these fluctuations. This creates a more relevant indication of momentum direction based on the oscillations. 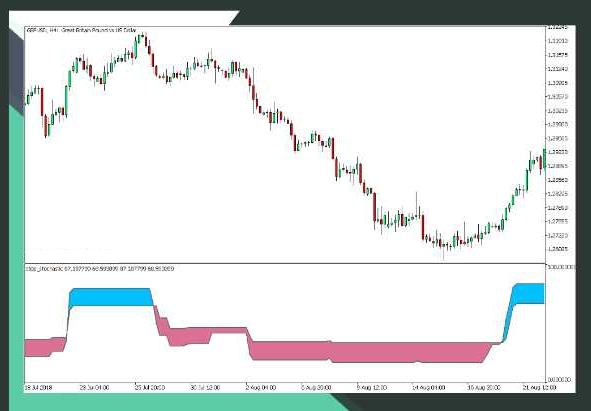 When all of these settings are combined, they produce a very accurate signal that can be used to trade in any market.

The 200 Simple Moving Average (SMA) is a common type of moving average that is used to indicate the long-term trend of something, like a price on a graph. When the price is above the 200 SMA line, it is said to be in a bullish trend, and when it is below, it is in a bearish trend.

Traders would usually avoid trading against the long-term trend as shown by the 200 SMA line. This is because price often bounces off this line, causing trades to have shorter price swings. Trades taken in the direction of the long-term trend often have the potential to produce higher profits. 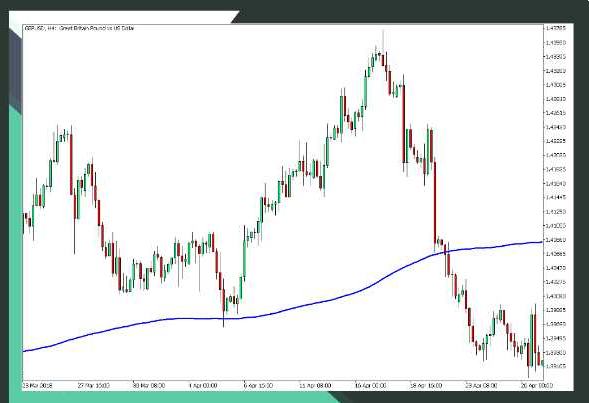 The idea behind this trading strategy is to use the Step Stochastic Indicator lines crossover as a signal that the momentum has changed. But we will only trade when there is a reversal signal and it is also confirmed by the long-term trend, as shown by the 200 SMA line. This should give us better odds of winning and make our profits bigger, which will lead to better risk-to-reward ratios.

The Step Stochastic Crossover Trading Strategy for MT5 can be used on any time frame from the 1 minute chart up to the monthly chart. The strategy can be used on all currency pairs. 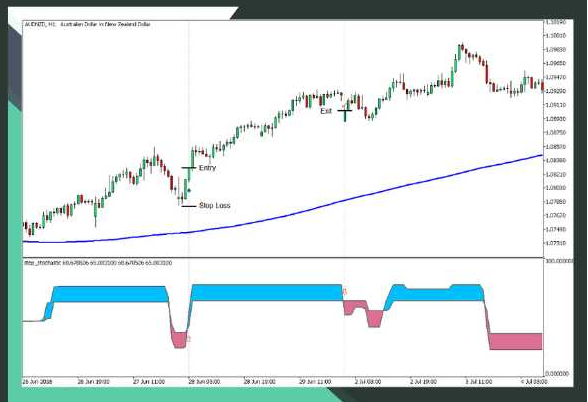 The Step Stochastic Crossover Trading Strategy for MT5 is a sell-only strategy that looks for bearish conditions below the 200 SMA line, with the slope of the 200 SMA line pointing downwards. The price should also retrace near the 200 SMA line before entering a sell order.

To set a stop loss, place it above the entry candle on the resistance line.

This strategy can be used on any timeframe, but we recommend using it on the 4-hour or daily timeframe for best results. 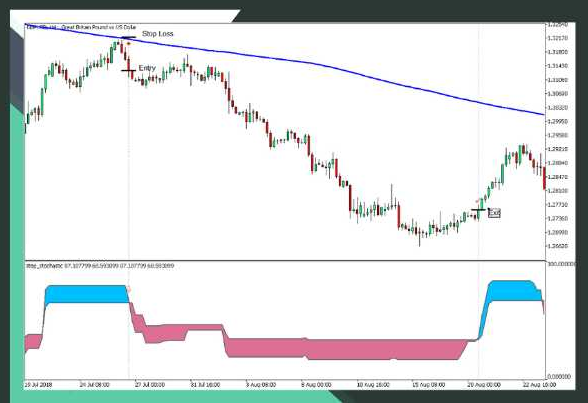 The Step Stochastic Indicator is a good indicator to use to see trends or momentum over the long term. That’s why it works better when you use it with the 200 SMA line. It can sometimes be less accurate when there are big market spikes happening, because those spikes can distort the range of the “step characteristic” of the two lines. However, this indicator has fixed that problem.

It’s not perfect, but it usually leads to trades with high chances of winning, and also has the potential to make a lot of money on each trade.

Trading in financial markets is a high-risk activity and it is advised not to risk more than one can afford to lose. Traders With Edge Limited does not take into consideration your personal financial situation. If you require financial advice, it is recommended that you speak to a financial adviser or licensed professional.

Traders With Edge Limited is not a broker, does not accept deposits for brokers and does not provide any investment services. Traders With Edge Limited does not act as or conduct services as a custodian. Purchases of programs should not be considered deposits. All program fees are used for operating costs including, but not limited to, staff, technology and other business related expenses.